Delayed Does Not Mean Denied – I Passed on My 8th Attempt 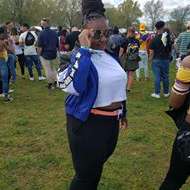 My journey was rough and long. I graduated in 2009 from undergrad and didn’t get into OT school until 2013. Long story short, school was difficult for me and I almost got kicked out due to 2 very difficult classes. In the end, however, I made it and received a Perseverance Award for the amount of time and dedication I put in. Little did I know that when I was done on December 11, 2015, it would by my best/worst day!

I first took the exam in March of 2016, thinking that I was prepared. But, I failed. Then, I got PasstheOT and took again in April. My score went up 5 points, but it was still a failing score. Then I took it again in May trying to pass it before they changed the clinical simulation format and missed it again by 2 points!! By this point, I was depressed and didn’t know what to do. I didn’t want to study because I had used EVERY study material available and I was at a point where I just didn’t see myself ever passing. I had a degree in occupational therapy and I couldn’t even use it. I was living paycheck to paycheck, working a job that only paid minimum wage. Eventually, in December 2016, I got tested and found out I had ADHD inattention, which was causing severe anxiety. As a result, I was able to seek accommodations.

I used the AOTA PDFs and answered all the intervention and treatment planning questions out of the Karen Johnson book 4th Edition since I was always scoring low in domain 3. I wrote out the rationales for the ones I got wrong and made sure understood why I got it wrong and what made it right!! I also wrote down the ones I got correct to keep information fresh. I also looked at OT Miri videos. I went through the video 1 time writing the whole video out, then I would just go back and listen to them over and over and over!! Also, if I needed clarification on anything I used the Pedretti and the Case Smith Pediatric textbook.

But, what ultimately did it for me is was cutting out all negativity. Every time I had a negative thought, I casted it out! A friend sent me a prayer she used while studying for her exam, which I wrote it out two times with my signature and credentials at the end. And I tried to pray that prayer everyday. I had to build my confidence up because I knew the material- I just needed to learn how to think the way the exam writers thought when writing the exam! Since I had failed the previous exam by 9 points, I decided to carefully select 9 friends to fast and pray with me for 9 days. Going into the exam, I felt different this time. I had more confidence and I knew I was gonna get through and pass. I stayed calm and just looked at the questions in a different way.

If you feel like giving up, don’t!! YOU can do it. Trust God (who I believe in) or whatever higher power you believe in! God is in the blessing season. Trust yourself, but trust the process more, and trust the timing. Timing is everything. Always keep pushing and NEVER give up! Significance of the number 8 is new beginnings and I am ready for this new beginning as Natalie Scarborough OTR!!!

If you found my notes and videos to be valuable, please consider making a contribution to help keep content free. Every little bit counts and your support will ensure all students have access to the resources they need to succeed, regardless of ability to pay. Thank you so much for your support.

Behind the Scenes – Building Character

“Through perseverance many people win success out of what seemed destined to be certain failure.” Benjamin Disraeli As a Christian and as I gradually fulfill

Journey to the NBCOT® Exam from a Mediocre Student

My Story Hello! I’m Breanna, recent MSOT grad and even more recent OTR/L! I passed my test this past July and am now working as

I Passed on My 1st Attempt as an Adult with ADHD

Hi Miri, after passing my exam a couple of weeks ago and studying for the exam including scouring daily through your amazing videos and notes,

A special Continuing Education perk for the OT Miri Community