How I Passed the NBCOT® Exam on My First Try 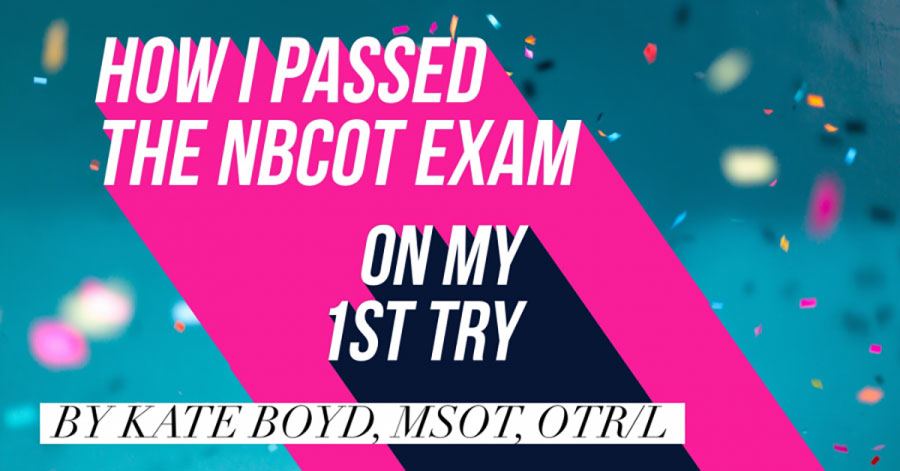 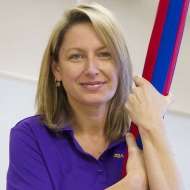 Kate Washa Boyd is also the author of OTSalary.com, a website containing the only open source, user-generated OT salary data that allows you to search salary information based on a combination of factors that are as unique as you: your location, practice setting, experience, and education level. 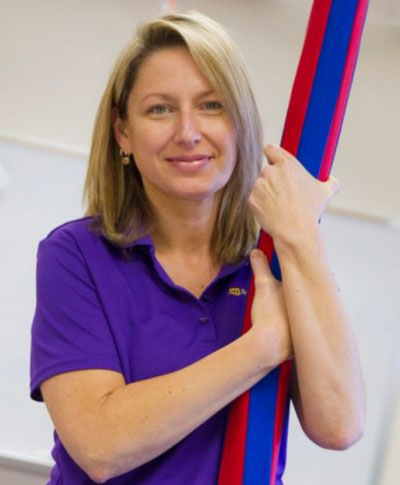 I passed the NBCOT® OTR® exam on my first try. I did not feel very prepared going into the exam, despite my obsessive studies. But, I suppose I was prepared enough because I passed with a 24-point cushion. Just putting that out there because I suspect a lot of us feel that way at least somewhere along this path. I’m here to tell you that you are not alone and I’d love to share with you some strategies and tips that helped me along my journey.

I was focused on the end game early on, so I silently stalked the Facebook group AOTA’s NBCOT® Exam Prep Info Center for about 2 years during school to try to establish a consensus on which study techniques & materials were the most popular among those who passed their exam on the first try.

From my totally unscientific observations, I noticed that an overwhelming majority of people seemed to rely on the AOTA’s NBCOT® Exam Prep, which include PDFs of major content areas, online practice questions and clinical simulations for the OTR® version.

A number of my classmates used Therapy Ed, but I found it to be so detailed that I quickly became overwhelmed, as did many of the members in the aforementioned Facebook group. I used Therapy Ed to look up a few things that I wanted a bit more detail on than I could get from the AOTA’s NBCOT® Exam Prep PDFs, and it was quite helpful in that regard.

PLAN AHEAD – ESTABLISH A TEST DATE

I didn’t study for the exam at all during fieldwork (FW), as I was committed to focusing on learning and absorbing all I could out of that FW experience. Afterwards, I chose a test date about 10 weeks after finishing my last FW to allow myself plenty of time to really study my weak areas and do at least a light review of everything else. Of those 10 weeks, I took a 1-week break to declutter, reset and create a study schedule. For me, establishing a test date early on was very important, as I personally work best when I have a deadline looming. I also chose a date that was fairly close to a score release date so I wouldn’t go crazy with the waiting.

CREATE A STUDY SCHEDULE AND STICK TO IT

A couple years ago, I came across a great article in the AOTA Student Pulse E-Newsletter about coming up with and sticking to a study schedule, which I found very helpful. It doesn’t seem to be on the AOTA website anymore, but luckily I had made a PDF of the article, Developing a Successful NBCOT® Study Plan.  I used this to help come up with a schedule of my own. Given that I had 9 weeks to study, I ended up doing an average of 2 AOTA PDFs a week and taking several 10-30 question practice quizzes on those topics at the end of each week. I did not move on to the next topic until I was making around 75% on the AOTA’s NBCOT® Exam Prep practice quizzes and feeling somewhat confident on the topics.

In the last 2-3 weeks before the exam, I took longer and longer practice tests with similar test taking conditions as would be in the testing center. I did this to build up stamina and focus for sitting that long as well as to make sure I was capable of using some clinical reasoning with a mix of topics and not just the ones I had recently reviewed.

My friend and classmate, Casey George, discovered an app called Productivity Challenge, which we both found helpful to keep ourselves accountable. It’s both productive and hilarious – a perfect combo if you ask me. I felt that I was studying most of each day, but when I tracked my actual time with the app, it came out to only 4-5 focused hours a day. Quite an eye-opener… I didn’t realize I spent so much time being distracted by other things!

This was my favorite dermatome & myotome video. I dare you not to get this tune stuck in your head.

My favorite video for UE musculature (you’ll see a part 2 when you pull up this one).  Like a lot of people, I am a kinesthetic learner so I benefited most from using dry erase markers and/or highlighters to draw on my arm and hand. Muscles, innervations, flexor/extensor zones, etc.

I thankfully found the OT Miri videos about 3 weeks before my exam, well past the point of study burnout, and watched (and re-watched!!) those when I needed to study but Just. Couldn’t. Read. Another. Word. Being a kinesthetic + visual learner, when Miri drew stages of various things, I would draw them on my own large white board and they’d get stuck in my head. Which is Allen Cognitive Level 3? Oh, it’s the one on the top right corner of my white board, with the goofy face and toothbrush, etc. Wow, I still remember that 6 months after the exam – whaaaat!

If I Could Offer 1 Piece of Advice…

I was very concerned, and focused on, not getting super stressed out during the exam. So much so that I radically (and unknowingly) slowed down my pace during the actual exam – much more so than I had during my practice exams. And I wasn’t able to calculate my time remaining vs number of questions remaining during the test without wasting exam time and stressing out. So my advice is – don’t stress, but still be aware of your pace and how much time you have left.

If I had it to do over again, I would do the math ahead of time and calculate/remember roughly what question number you should be on at 9am, 9:30am, 10am, etc so you would not get too far off track. As it was, I had about 30 of the last questions to complete in my final few minutes, and I just picked a letter to mark for each of them without even looking at the question. I wound up with zero time to go back and look at questions I had marked for review. I immediately went from feeling like I had aced the exam, to feeling certain that I had failed. But, I passed, and you can too.

If you found my notes and videos to be valuable, please consider making a contribution to help keep content free. Every little bit counts and your support will ensure all students have access to the resources they need to succeed, regardless of ability to pay. Thank you so much for your support.

Use Strategies that Work for You

1. What Was Your Study Plan, Timeline and Strategy? I studied for about 6 weeks, between 4-10 hours per day, 5 times per week. I

Nothing Stopped Him. Not Even Cancer

I was a nontraditional student – the oldest student to graduate in the COTA department at my college. Less than thirty days after I graduated,

First of all, I want to thank Miri for all her wonderful, hard work in creating this awesome website along with her YouTube videos. You

A special Continuing Education perk for the OT Miri Community